Thousands of years ago, in pre-Columbian Mexico, women and men endowed with great curiosity and thirst for knowledge got started on a path of exploration of the unknown, breaking through the barrier of perception.

The Toltecs developed techniques to free human beings from the constraints of interpretation, thus allowing them to regain possession of the totality of themselves. The goal of their efforts was twofold: allowing individuals to remember themselves, their energy nature, and their connections with the world; and to use the new vision of reality pragmatically.

Since the beginning of the 90s, the author has made a number of journeys to Mexico, during which he has met a group of Toltecs, who possess the knowledge of techniques for moving the assemblage point. It is a different lineage than that of which Castaneda was the last Nagual, yet it still belongs to the same tradition. After a decade’s work, the author was able to fine-tune a system that renders the Toltecs’ techniques accessible beyond their traditional context.

This new edition of The Energy Threshold, divided in three volumes and expanded, includes what the readers of Castaneda have been waiting for a long time.

The mastery of awareness, the art of stalking, and the mastery of intent are the warriors’ three fields of action. Integrated, they form a single corpus of knowledge. Thus, these three volumes represent the foundational basis for entering the world of the Toltecs. All of the fundamental parts of Nagualism are clearly expounded, accompanied by techniques, methods, strategies, and practical examples, with the precise purpose of allowing them to be directly practiced and experienced. Also included are many other aspects that have never been treated to this day.

The warriors’ knowledge is now available to you. 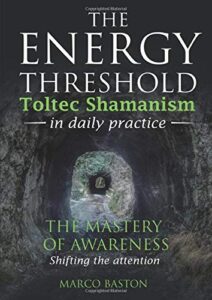 The mastery of awareness 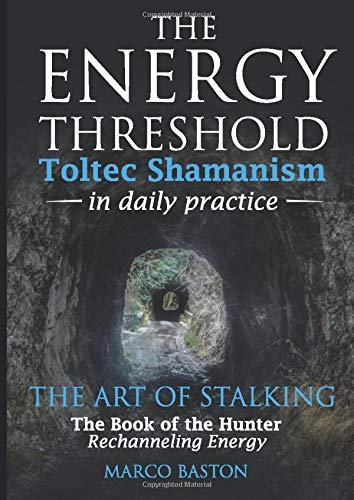 The art of stalking

The mastery of intent